September has come and gone and we are getting closer to a completed house.

Not a lot happened at the beginning of the month, with lots of days of no progress. This is because nothing else could start until we got concrete in the basement.

The sliding basement door and basement steps couldn’t be installed and HVAC crew didn’t want to start when there was no basement floor.

While we were waiting, we did get the front yard torn up to get the city water line and sewer connections made. 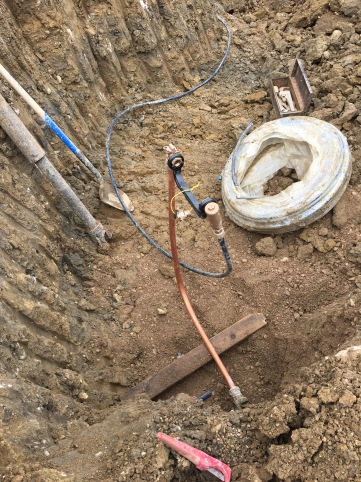 On September 18th, we finally got concrete. The crew arrived early and since the house was built and bricks were delivered and sitting around the house, the concrete had to be pumped into both the basement and garage. 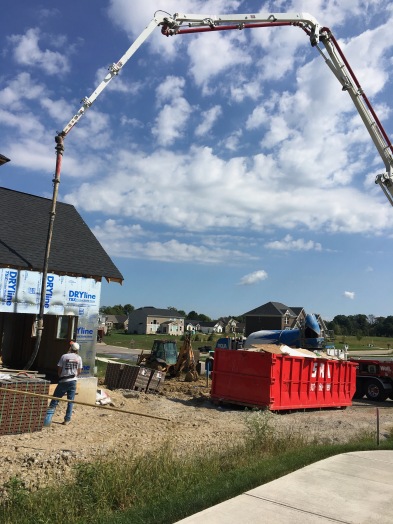 Once the concrete work finished, activity started to pick up.

The HVAC crew (just one guy) was there for four days and the plumbers started last Friday.

While the work is going on inside the house, our crew of two came to start bricking the house. They’ve got quite a task ahead of them, since they mentioned our house will have 14,000 bricks! 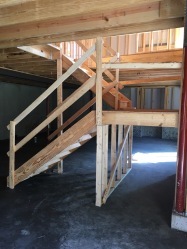 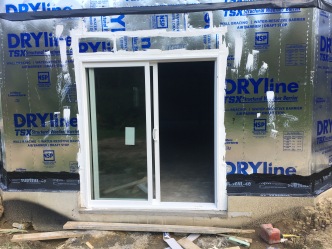 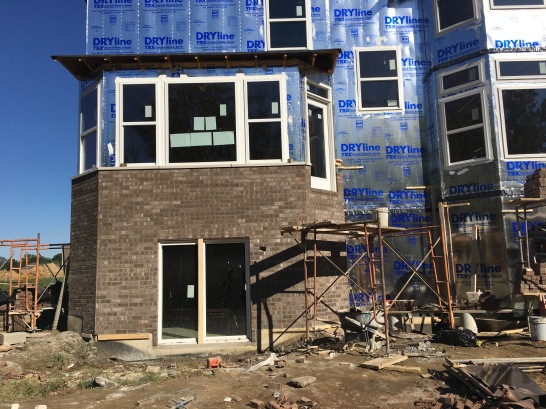 View all posts by Dustin Hartzler